RealMe service upgrade
You will no longer be able to access RealMe through an Internet Explorer browser. Please use, or download a different internet browser, such as Microsoft Edge or Google Chrome. Information on how to download a new browser The Board welcomed two new Aspiring Board Members in July, Thomas Wiseman and Ben Wells. They will join the Board for the next year to get a taste of what it’s like to be a Board Member and learn some of the essentials of governance and the processes involved in disciplinary matters. Thomas is an Electrical Inspector from New Plymouth who works in the high-risk gas hazardous area field as a maintenance instrument and electrical technician. Ben is also an Electrical Inspector and an Electrical Engineer. He works in a consultancy firm doing electrical design and project management.

Business is returning to normal, but times will continue to be tough -, make sure you know what support is available and take advantage of what is on offer to help you get through. The Government’s COVID-19 recovery package, for example, includes a number of financial support options for businesses. An apprentice support programme has also been announced, which includes an ‘Apprentice Boost’, which provides financial help for employers to pay for new and existing apprentices who are in their first two years of training. 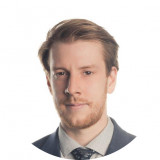 Kia ora, the last few months has seen the close of the Government’s financial year and a step into COVID-19 Alert Level 1. It is a good time to reflect on how far we have come as a country this year and the resilience that has been shown.

Alert Level 1 has seen the return to a sense of normality. Throughout the alert levels, all New Zealanders have needed to adapt the way we work and live. I have seen new and innovative ways of working and am looking forward to adopting these ideas into a new way of working. CHASNZ’s website has a great number of helpful resources for the new working environment, including site posters which can be displayed on work sites at Alert Level 1. They also provide a link to Mates in Construction, where trades workers can find mental health resources and services.

The trades industries have seen a busy time with the lower alert levels. As we move past the middle of winter, we can see the days getting longer. Now looking towards spring, we can start to prepare for the new work inquires for the warmer months.

This featured standard is the latest version of AS/NZS 3010:2017 and the Board recommends that electrical workers are able to reference the latest version of some standards that are not cited in the Regulations as they will provide guidance on what is considered to be “best practice” provided that it does not directly contradict a provision in cited version.

This standard sets out the minimum safety requirements related to the use of generating sets that are driven by internal combustion engines for the supply of low voltage electricity.

It applies to generator sets providing normal, alternative or parallel electricity supplies to installations or portable electrical tools and appliances.

It does not apply to renewable energy generating systems such as inverters, photovoltaic arrays, water or wind turbines and uninterruptable power supplies.

This and over 90 other electrical Standards are available for all licensed electrical workers to access for free from the Board’s portal.

WorkSafe advise that they continue to receive a concerning number of fire incident notifications resulting from the misuse of Electrical Portable Outlet Devices (EPODs), commonly known as power boards, or multi-boxes.

Significant property damage and life-threatening incidents have occurred from the use of standard household appliances that overload EPODs. This has caused overheating and connection failures of these devices resulting in fires.

Particularly during winter, when heating loads are higher, it is important to ensure the wider public are aware they should never use appliances that individually or in combination exceed the total loading of an EPOD or the socket-outlet supplying them, which is typically 10 amps (2300 watts).

Appliances with higher current usage such as heaters and kettles should be plugged directly into wall socket-outlets. It is important to note, a typical double socket –outlet combination still only has a combined total rating of 10 amps.

Further information and electrical safety guidance is available from the WorkSafe website:

Upcoming Changes to GASD and EGHRD Databases and Notifications

Why have WorkSafe made these changes?

What will I need to do?

What happens if I can't finish a job, how can I certify that work?(external link)

The Board has been able to continue with prosecutions of persons who carry out illegal prescribed electrical work since the Courts reopened for business. In the most recent case, Naveen Kumaran of Auckland was convicted on charges of performing unauthorised PEW and holding himself out as registered electricians under the Electricity Act 1992.

Mr Kumaran advertised his ability to carry out electrical and maintenance work in the New Zealand Herald. After engaging Mr Kumaran to install lights and switches at an address in Browns Bay, the homeowners had concerns with the work and, on investigation, they found out that Mr Kumaran was not a registered electrician authorised to carry out the work and reported this to the EWRB.

Mr Kumaran had previously been prosecuted by the Board for similar offending. The Court, on this occasion, fined him $7,650 and ordered that he pay court costs and solicitor’s costs after he pleaded guilty to the charges. Electrical workers are asked to report any unauthorised persons who hold themselves out as being able to carry out PEW to the EWRB so Court action can be taken.

The Board will, in the next month or so, be publishing its complaint decisions on its website. Publication of disciplinary decisions is a common practice in New Zealand where there is a principle of open justice and open reporting where the courts have stated that there is a public interest in an adverse finding. By publishing its decisions, the Board hopes they will educate electrical workers and assist them to become more familiar with the Board’s disciplinary process and findings.